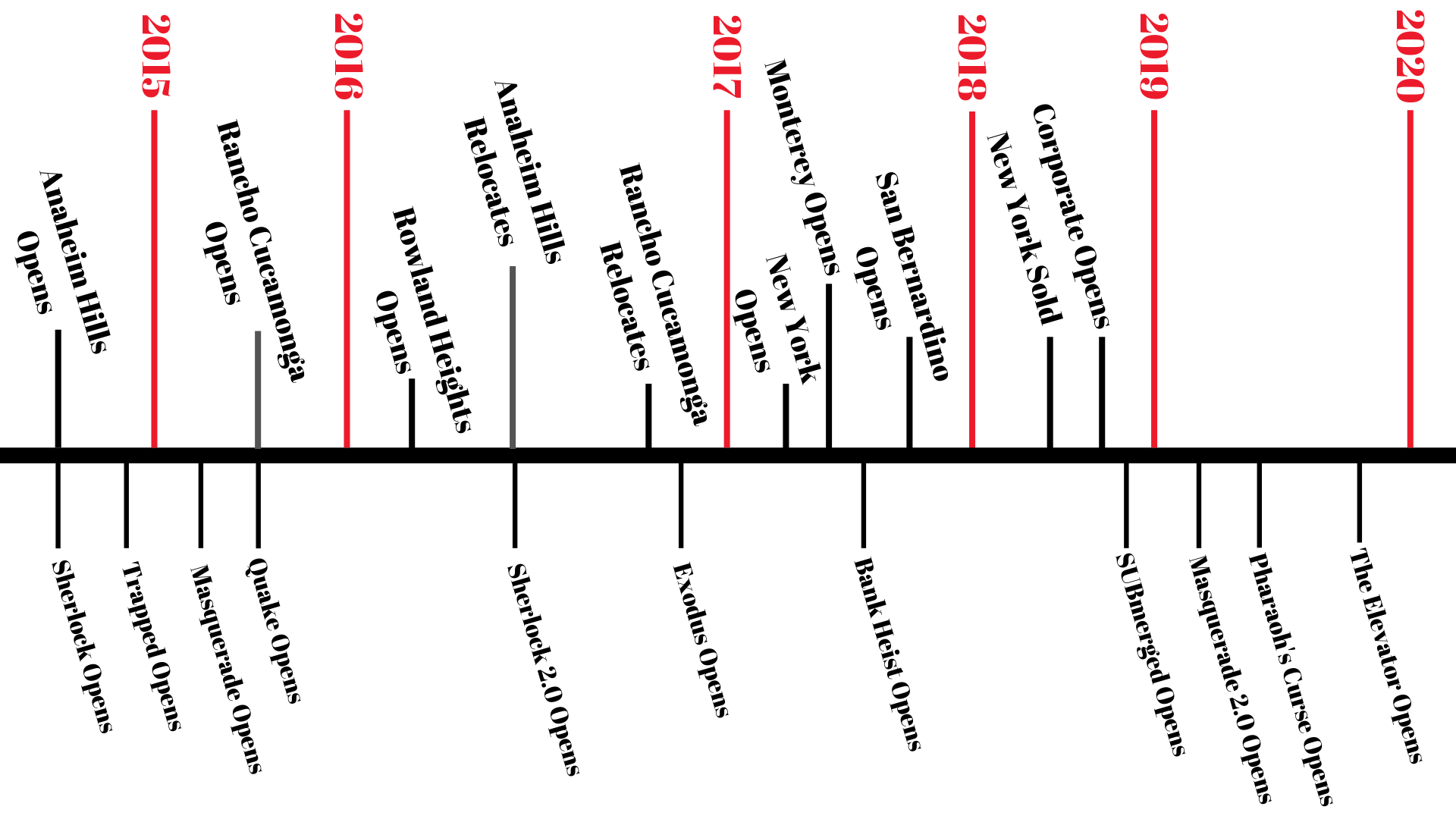 Exodus just celebrated it’s 5 Year Anniversary and we couldn’t be more proud or excited!  The last five years have been full of amazing adventures and we look forward to seeing what the next five years will bring!  I’m going to take you back through the past 5 years of escape rooms and Exodus!

Brief history of the industry: When we first opened in 2014, we were one of the few escape rooms in the country and the first escape room in Orange County.  At that point, very few people had heard of, let alone played, an escape room.  They were barely entering the public view and many people weren’t sure they wanted to experience one.  Fast forward five years and escape rooms can be found all around the world, as well as in popular media.  They have quickly become a popular experience and Exodus has been around since the beginning to witness the evolution and growth!

The evolution of escape rooms: Escape rooms in 2014 were very different from what they are in 2020.   The first escape rooms had fairly simple sets and were often limited to a single room with some puzzles on a table or stuck to the wall.  They were an activity that mainly attracted hardcore gamers or puzzle solvers.  Over the years, they have evolved into multi-room experiences that focus on creating immersive sets, storylines, and challenges.  They have become a much more accessible activity for all different kinds of people.

The evolution of Exodus: Exodus had changed a great deal over the past five years as well! From our humble beginnings in 2014 with only one experience (Sherlock’s Study) to 2020, where we have seven experiences currently in play, with a total of fourteen created and run overall!  We have grown from one location to four and have opened and relocated locations in Anaheim Hills, Rancho Cucamonga, Rowland Heights, Monterey, New York, and San Bernardino.  We have created locations from the ground up, as well as purchasing and rebranding existing businesses.  We’ve created a pop up game and multiple tabletop puzzles as we are very active in our communities!  Five years ago we were an owner-operated business and we now have a dedicated game development team that continues to grow as we embark on more projects.

The evolution of our Experiences:  We have opened a total of 6 Sherlock’s Study experiences (4 at Exodus locations and 2 at affiliate locations), selling a total of 70,000 tickets for Sherlock alone!  At our second location in Rancho Cucamonga, we opened the nation’s first Natural Disaster themed experience, Quake Escape, adding special effects that give clients a quake and aftershocks!  In 2019, we launched four new experiences, including Submarine themed room and Elevator, both of which have fans leaving raving reviews on 3rd party sites such as Yelp and Google.

We’ve changed so much over the past five years and we can’t wait to see where this adventure will take us next!